Landscape of Emotions - A Manny Librodo Workshop in Kuala Lumpur

FLASHBACK
I was very fortunate enough that my husband Marl attended Manny Librodo's workshop in Cebu. He wasn't supposed to go as he wasn't sure if we'd still be in Cebu during that 3rd week of January. But seems like the gravitational force of the universe really wanted him to attend the workshop, as of all the ones in the waiting list, he was the one who was called by the organizer when they knew that one slot was left open by another participant who backed out during the last minute. Marl was meant to be part of the workshop for sure. Before Marl left for the workshop that day, I told him to tell Manny that I would love to meet him personally. And I was so thankful that he did because Manny, who's been my contact in a modeling site, asked me to join them for dinner after their 1-day workshop. Boy, was I glad even though I was sick at that time. I was able to meet all the top photographers in Cebu who participated in the said workshop, and was fortunate enough to meet the very beautiful Kharunisia "Kharu" Jazmin and of course, the world renowned Filipino photographer, Mr. Manuel "Manny" Librodo.
A DREAM COME TRUE
Having known Manny Librodo's work for years now and having him regarded as one of Marl's inspiration in his photography, I have turned myself into a stalking fan of Librodo who would always check out his Pbase gallery and his Facebook page for his recently posted works. And there was this question in my mind, "When can I be photographed by this talented person?". And not long after that, we got a message from him few months ago that he would be having a workshop in KL. I was so excited and even suggested Marl to attend the workshop again. But it just got better. Manny asked me if I'd be willing to be one of the models for the workshop along with the Thai model cum actress Krystal Vee as the main model. And I said, "WHAAAAAAT?!?!?!?! OMG! That's insane!!! OMG! I'd definitely do it. OMG! I must do it. In this lifetime!!!". LOL.


I mean, who wouldn't want to pose for Manny Librodo? He's like the Filipino king of portraiture in ambient lighting! He's like... he's like... a dream photographer whom most models would want to shoot with. OH MY GAWWWWD! I kept staring at his message on our Facebook wall for hours in disbelief - most of my Twitter followers know that. LOL. And he asked for Marl's assistance to be his VA aka "reflectorer" which Marl was so glad to do because he'd be part of the photo session, too, and having some chance to steal some shots. :)
THE WORKSHOP
I've been looking forward to that day and was wishing nothing but for me to not fall sick when he came to KL for the workshop on June 5th. And my wish was granted as I was in my most top shape when I arrived in the workshop - except for the nasty mosquito bite under my eye right before the shoot.

There were 15 participants, a makeup artist, Manny's assistant Marl, Krystal Vee, a local model named Sofea and myself. The workshop was organized by Dr. Ban Hup Teh. They provided a costume for me which perfectly fit the Chinese Opera theme complete with the headdress. I was my own makeup artist so I matched my makeup with the costume. The photos came out outstanding! 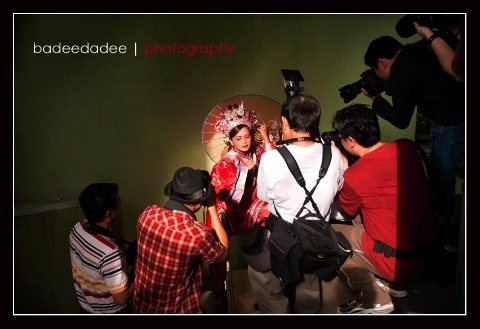 I was supposed to only have a single set while Krystal was changing for her 2nd set, so I was so thrilled when Manny asked me if it's okay if they continue shooting me using some of the props that were available there (I also brought some). BUT OF COURSE!!! So instead of having just a set, I ended up having a scarfed look with a fake fringe for my 2nd set and a middle eastern look for the last set. It was all good and I had so much fun posing for the participants and of course, for Manny and Dr. Teh.


Marl, on the other hand, did a great job on being the VA or the 'reflectorer'. He had his chance to take some stolen shots, too. Clever guy. :) But towards the end of the workshop when I wasn't busy anymore, I replaced him as the 'reflectorer' for him to take better shots of Krystal's last set in sexy costume.


After the workshop, Dr. Teh, Krystal, Manny, Marl, and I enjoyed a delicious lunch at a Thai restaurant near Concorde Hotel Shah Alam, where they stayed during the weekend. It was great to get to know them well. They also went to the Pub to watch our show. We're soooo humbled. :) 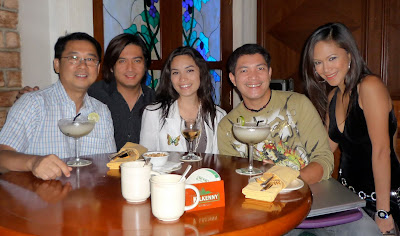 Dr. Ban Hup Teh, Marl, Krystal Vee, Manny Librodo, and Sarita
at The Pub of the Shangri-La Hotel Kuala Lumpur
FUN INDEED
I really had fun throughout the workshop. It was a great experience and the participants were fun to work with. Dr. Teh, the organizer, was so helpful in most ways and made sure that I got everything that I needed. Sofea, the local model, was so sweet. The beautiful Krystal was unbelievably easy-going and down-to-earth. Manny, of course, is THE man. :)


CLICK ANY OF THE PICS BELOW TO BE FORWARDED TO MY PORTFOLIO!
Chinese Opera Theme 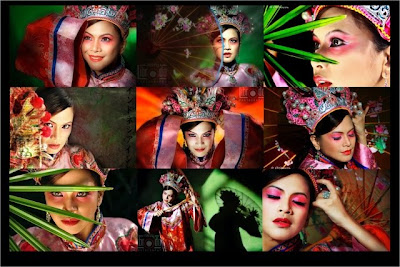 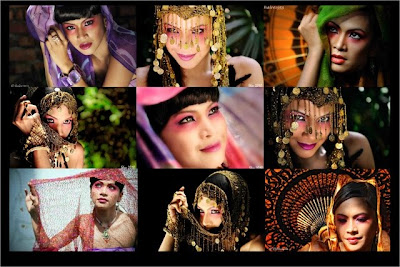 Behind the scenes by Dr. Ban Hup Teh, Jonathan Khee, and BadeeDadee 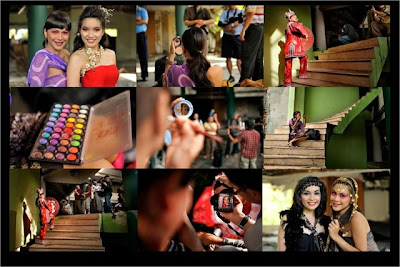 The participants with the models and Manny Librodo 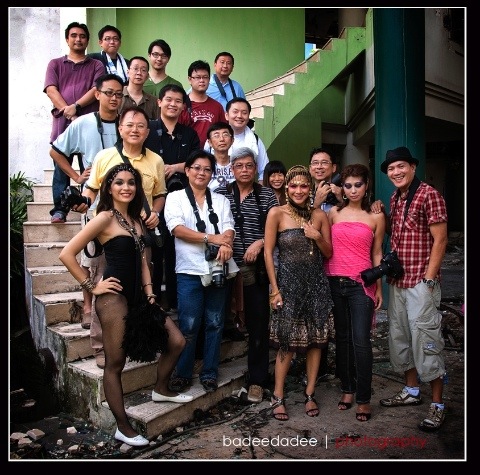 galing galing naman... Sana makasama me sa next session... If the budget will allow... lols...

what a great experience...i really like ur make up po....thought it was did by make up artist but was surprise to know that u were ur own make up artist....wow....one of my frustrations....