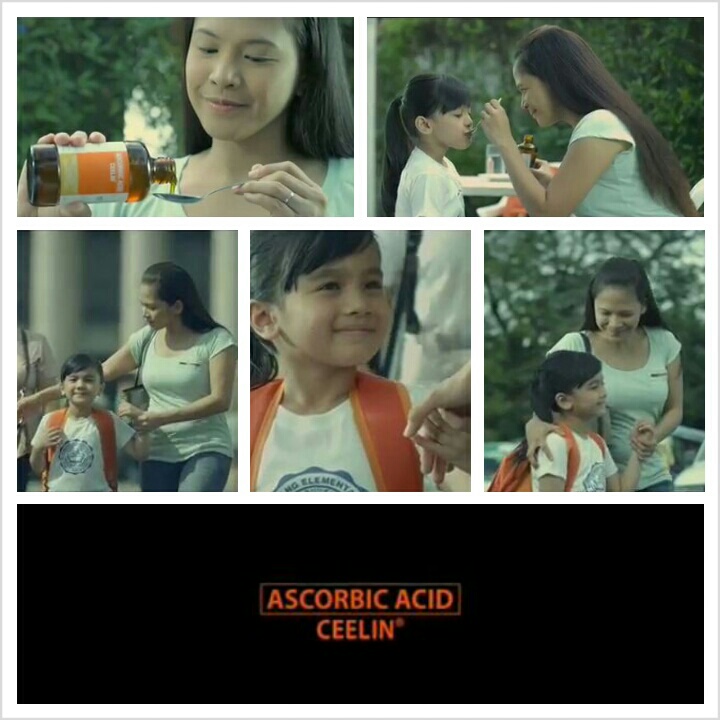 What a great beginning of the year of the snake! I am so thankful for all these blessings that I have been receiving. Projects are lined up one after another. I can't explain how overwhelmed and thankful I really am. This is the recent project that I did before Valentine's Day. It's for the famous vitamins for kids, Ceelin vitamins by Unilab, which has been my daughter's vitamins since she was a toddler.

There were 5 pairs of moms and kids in this touching commercial that pays tribute to the loving and caring moms and is also a testimony of a mother's love to her child. There were different settings for every pair - and our pair was called "Quiapo". Our setting was in the busy streets of Manila, particularly infront of the Manila Post Office in Lawton. We were actually crossing the road with real vehicles passing by on the street. It was quite an experience doing that under the scorching heat of the noon sun. But we had fun doing it as the whole production and team were fun to work with. It was directed by Dragon Pineda.

My reel daughter in this commercial is the very adorable Carla Ann Dela Cruz, who's soooo sweet and so much prettier in person. We became close when we were shooting this TVC that she invited me and my family to attend her 7th birthday party fews days after the shoot.

Here's the 90-second DIRECTOR'S CUT of the TV commercial with the adaptation of the Kundiman song of Lucio San Pedro "Sa Ugoy Ng Duyan". There's a 45 second and 30 second versions that are currently airing on local television in the Philippines, however they didn't include me on the latter version. I don't know if they have a different version of the 30-seconder that has my spot, but that would be great if there is one! =)