At the art streets in Beijing 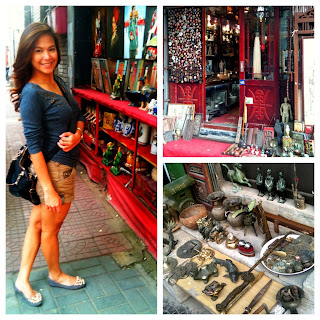 We were supposed to have a our long-time planned shoot at the Great Wall yesterday. But due to some inevitable circumstances, we had to cancel it or should I say, postpone it. So not intending to waste our
off day, hubby and I went to the art streets in Beijing.

First, we went to Liulichang Art Street to find some beautiful paintings. We bought some paintings there before in 2009, but they were stolen in the boxes that we sent via post. But we couldn't find a good one for our taste as most of the shops have already changed. There were lesser shops that sell paintings in that art street. Most of the shops left were antique shops and some shops that sell canvas and paint brushes. Boo.

Then we went to the small alley near the Yonghegong Lama Temple, where hubby has already been to during their photowalk the day before. He wanted to show the vinyl player that he wanted to buy from a vintage store. But turns out that the player isn't vintage or antique at all. It's a custom-made vinyl player, with built-in speakers and AM/FM radio. We pre-ordered one because it's so cool! In fact, what's cooler
about it was it's playing an LP with Philippine kundiman songs - which the store didn't want to sell. :-)

There weren't a lot of choices with the LP albums available there. But we chose the original cast LP album of the musical Chicago and the original soundtrack of the movie Flashdance. We will be searching for more LPs. I tweeted about it last night and I received a few replies from my favorite tweeps on where to get old vinyl LP albums in Manila. Excited! :) 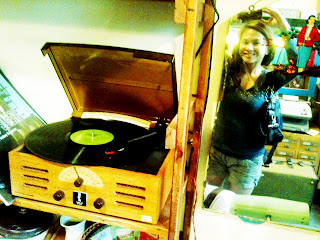 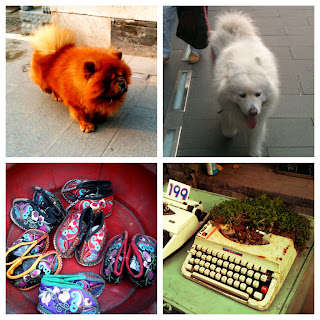 Email ThisBlogThis!Share to TwitterShare to FacebookShare to Pinterest
Labels: Beijing