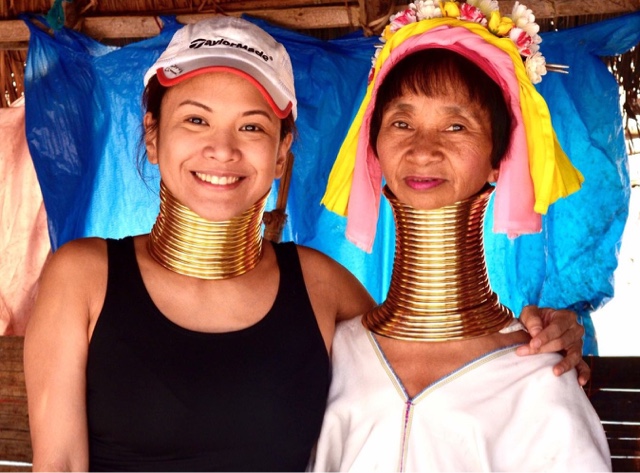 Long Neck Village
Upon arrival in Chiang Mai, we just dropped off our bagpacks in our guesthouse and went to the few places we have listed in our itinerary. After going to the Tiger Kingdom, we have learned from our tuktuk driver that there's a small Long Neck Village nearby. That's out of our itinerary in Chiang Mai because we had listed that for our visit to Pai. But since it's just nearby and we were not rushing at all, we all agreed it's worth to check it out the small village. 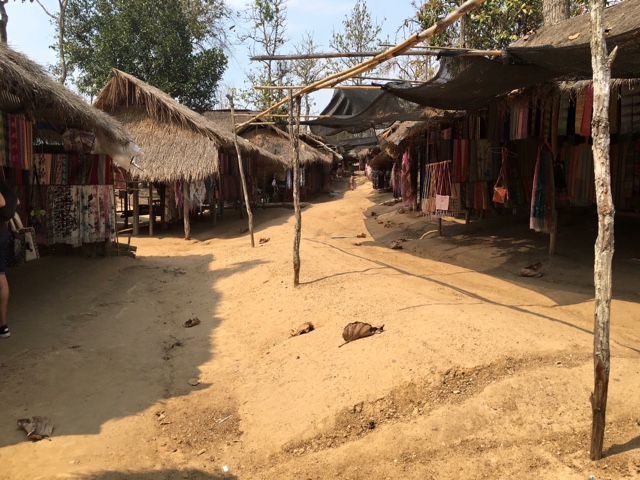 When we arrived at the Long Neck Karen village, it was past 2PM and it was REALLY hot. We paid 500 baht each person - quite high for an entrance fee but hopefully it goes to the tribes living there and not in some people's pocket. It's really a small village of shops mainly. The merchandise they are all handmade by themselves. The path was about 3 meters wide and you can see the shops left & right of an ethnic tribe who were friendly and humble. A lady was even happy to pose for hubby. But what I learned is, you should buy an item from them if you take their photo or take a photo with them. Fair enough, that's where they earn their living from. 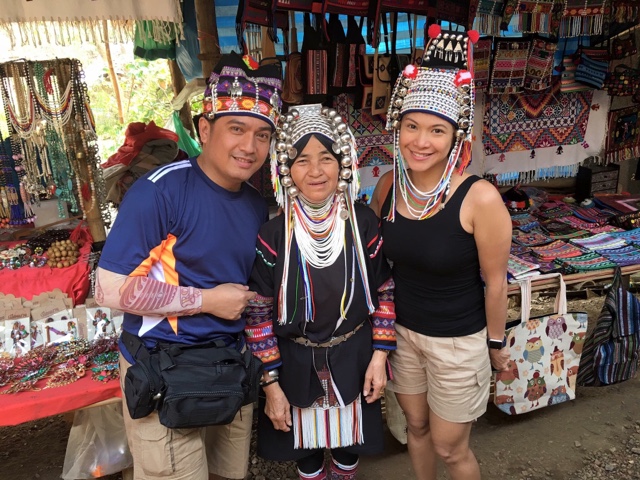 Walking further past the shops, we saw another set of shops and this time it was the Long Neck Karens Tribe. With the scorching heat of the past noon sun, I could already feel the sweat rolling down my back. Then I saw a woman with brasses around her neck. I was expecting the same warm greeting like the previous tribe but I was greeted with coldness and almost just a look over the shoulder. Whenever we stopped by infront of their shops to take a photo of them, they would tell you - not ask you - to buy some stuff from her. I secretly took photos and videos of some snobbish Karens, but if a Karen seemed friendlier, I'd choose something small from the shop as a souvenir. We couldn't buy bigger stuff or fragile items since we are traveling light. I ended up buying 4 souvenirs and also in hopes that the small amount can help them and their families in a way. 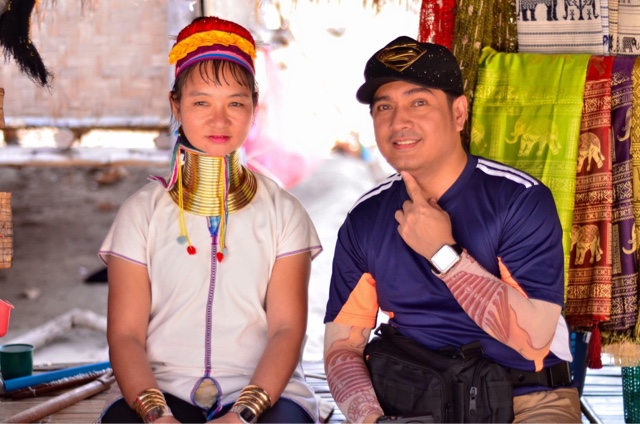 The Karens or the 'Kayans' originated from Myanmar. They were one of minority tribes existing until now. They flee to northern Thailand when a civil war sparked more than 2 decades ago between their tribe and the Burmese Army. Thailand allowed them to stay temporarily but the rest is history. Now, the Karens or Kayans live in small guarded villages (only) in northern Thailand, like the small Long Neck Karen Village in Chiang Mai where they also make a living by selling their handicrafts to tourists like us who would visit them.

So what's so exotic about them? Karens have been known for their seemingly long necks that are wrapped with brass coils or rings. What we saw were women with brass rings. As I have researched, they start this exotic tradition as young as 4 or 5, and would add a ring everytime their necks seem to have stretched after a while. The longer the neck, the more beautiful for them. The woman with the longest neck we've seen in the village had 25 rings around her neck and she's around 50. Amazing! But what I noticed was their difficulty in talking. They always had to clear their throats before talking whenever we'd ask how much their merchandises are. So ironically, we came out with a slight pity feeling for them, with a deeper understanding that this is not just a simple tradition that we all should be cheering about. But then again, we respect their tradition as they respect our way of living. 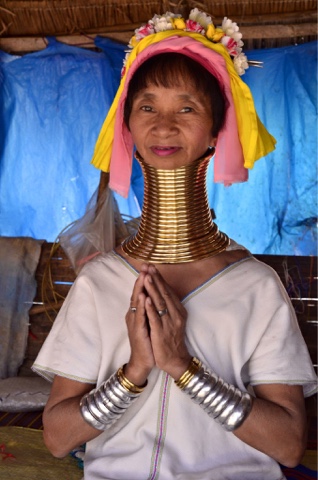 Check out the video of our Great Asian Adventure at the Long Neck Karen Village in Chiang Mai, Thailand. Check out my other posts under Travelogue for more posts and videos.

Hello. I enjoyed your blog and YouTube video. Thank you!