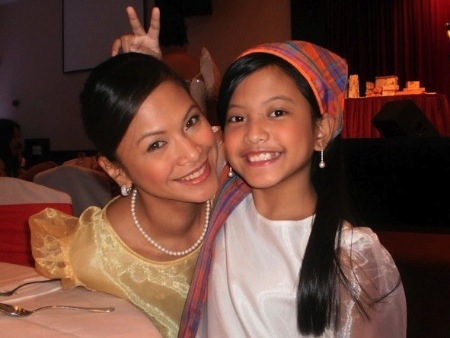 Yesterday was my offday and I know I should have been resting. But of course, I couldn't say 'no' to the Philippine Ladies of Kuala Lumpur (PLKL) when they asked me to be an emcee/host at their event.

Being an emcee at events has become an enjoyable thing especially when you know your audience. Today was one of them because aside from having pure Filipino audience, I also have met most of the people involved in that event.

But aside from emceeing the whole event, I also had to sing a duet song with Marl called "The Prayer" as the opening prayer after the Philippine National Anthem. I must say that I really felt the meaning of the song as I sang it as a form of a prayer - the way it should really be sung. It was made more intense because since it was the opening prayer, everyone was standing and nobody was moving - all through out the song. It was one of the best moments I've ever experienced while singing this song. Totally moving.

Of course, our creative and talented family was asked to be part of the event, too. Marl was covering the event as the photographer and Selena had to do an intermission number. She was asked to sing her winning song at the recent DiGi Filipino Superstar, "Isang Lahi". Which made me think that... hmmm, we can actually offer our services at future events like this as the emcee, photographer and singers. Family package deal, eh? LOL. No, seriously.

Email ThisBlogThis!Share to TwitterShare to FacebookShare to Pinterest
Labels: santacruzan